I had a lot of fun teaching my spin ride this morning.  Since I'm 15 weeks, and definitely starting to ... grow... I felt it was time to announce my pregnancy to my spin class.  But I don't know, I just feel weird bursting out things like, "By the way, I'm pregnant!" so I wanted to have a little fun with it.

I decided to make a baby themed ride, by choosing songs that have the word baby in them.  Now, they definitely have nothing more to do with babies than the use of the word, but I thought that was better than trying to put together a ride of lullabies, Raffi and Laurie Berkner songs.  So I had songs like "Hit Me Baby One More Time," and "Baby Likes to Rock It," etc.

I do theme rides pretty often, so my riders are used to my quirks.  They come back, so they can't hate them too much!  I told them that this ride did have a theme, but this time they had to guess it.  So as the ride went on, I gave little reminders about listening for the theme.  One of the riders had it in like 3 songs.

At the end of the ride, I let them shout out what they thought the theme was and they said, "You're having a baby!"  It was a fun way to announce and took the weirdness (for me) out of just putting it out there.

I let them know that I didn't plan on being affected much as an instructor by the pregnancy.  Afterall, I went to a spin class when I was in labor with Gregory thinking it would move things along.  Spoiler: it didn't! However, I did mention that getting on the bike right after labor was definitely NOT going to happen.

Now I just have to figure out a fun way to tell my 8th graders...or should I let them just figure it out on their own?
Posted by Carlee at 4:33 AM 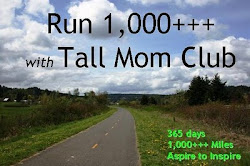 Carlee
CT runner with Team in Training. Currently training for marathon number 6 the Country Music Marathon. Continuing to chase down that BQ!